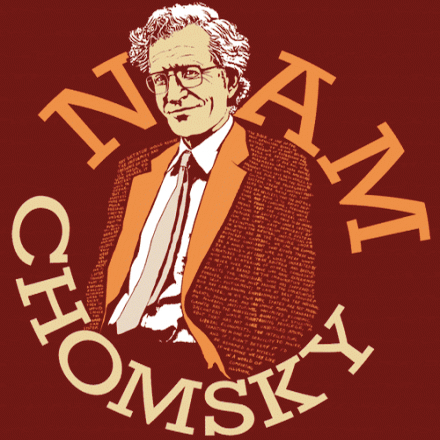 “Personally I’m in favor of democracy which means that the central institutions in the society have to be under popular control. Now, under capitalism we can’t have democracy by definition. Capitalism is a system in which the central institutions of society are in principle under autocratic control. Thus, a corporation or an industry is, if we were to think of it in political terms, fascist; that is, it has tight control at the top and strict obedience has to be established at every level — there’s a little bargaining, a little give and take, but the line of authority is perfectly straightforward. Just as I’m opposed to political fascism, I’m opposed to economic fascism. I think that until major institutions of society are under the popular control of participants and communities, it’s pointless to talk about democracy.” -Noam Chomsky

On 7 December 1928, renowned linguist and anti-capitalist activist Avram Noam Chomsky was born. Influenced at an early age by the likes of revolutionary syndicalist Rudolph Rocker and democratic socialist George Orwell, Chomsky became a proponent of libertarian socialism. As a prominent academic, his unwavering opposition to the Vietnam War and his being arrested for doing so gained him widespread media attention. He wrote extensively against imperialism and remained an influential figure decades later for those opposing the war on terror and supporting the occupy movement. Read more here.