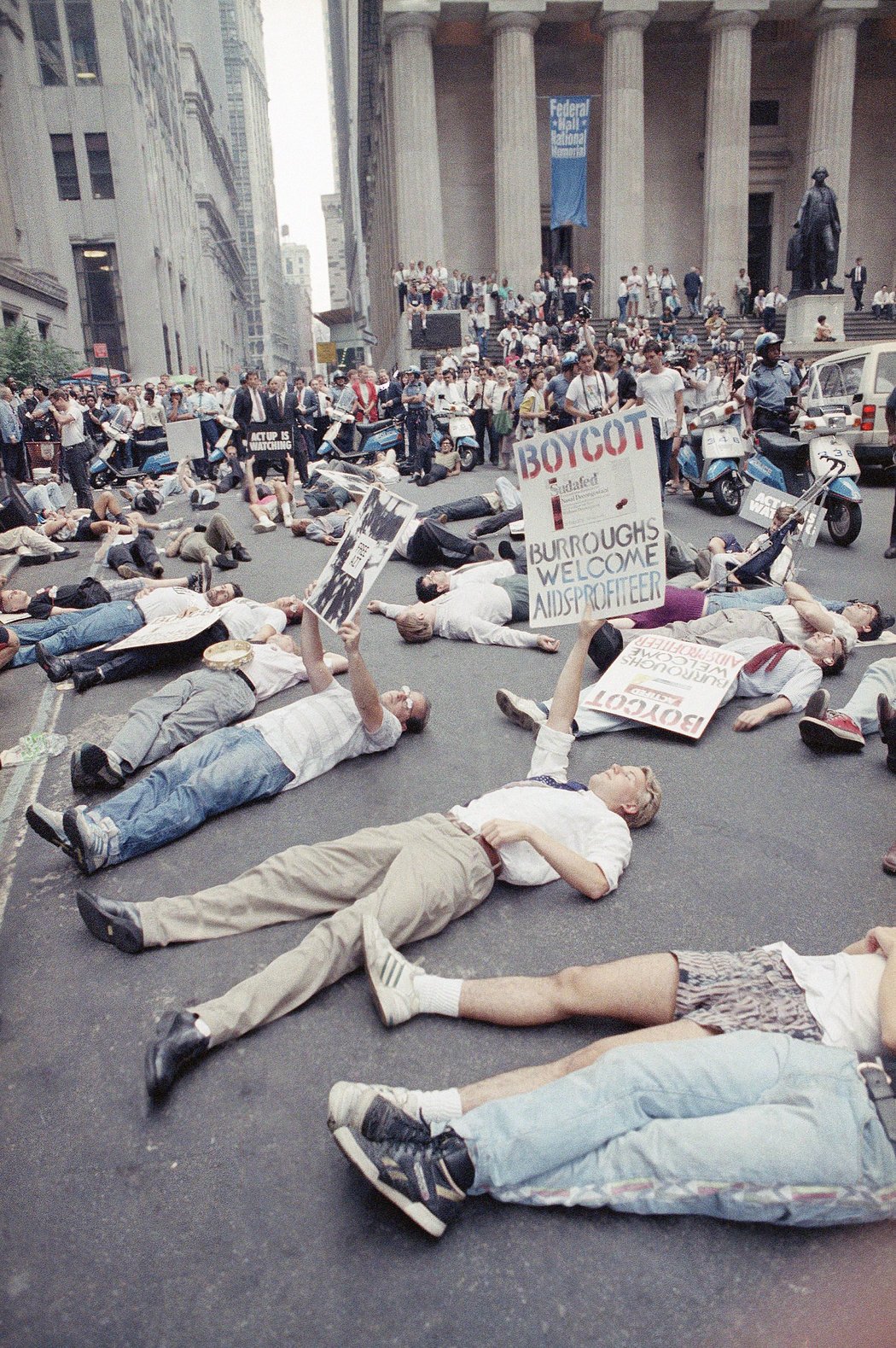 On this day in 1987, at least 250 people, some of whom were living with the AIDS virus, halted traffic on Wall Street for several hours and passed out thousands of fact sheets about the disease. It was the first action of the radical, direct-action group AIDS Coalition To Unleash Power (ACT UP), which had formed only a few weeks earlier.