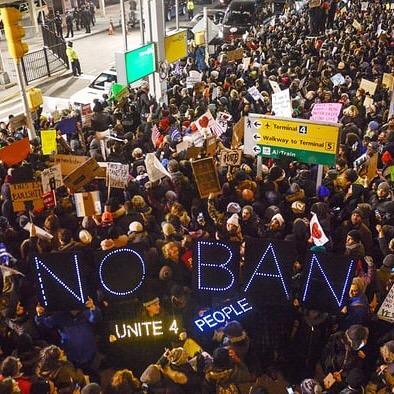 On this day in 2017, Trump signed his fascist Executive Order No 13769, barring citizens of many Muslim-majority countries from entering the US. In an act of mass #resistance, thousands of Americans began to flood the nation’s airports, demanding an end to the ban and a release of those being detained. More here: bit.ly/2nirVgo