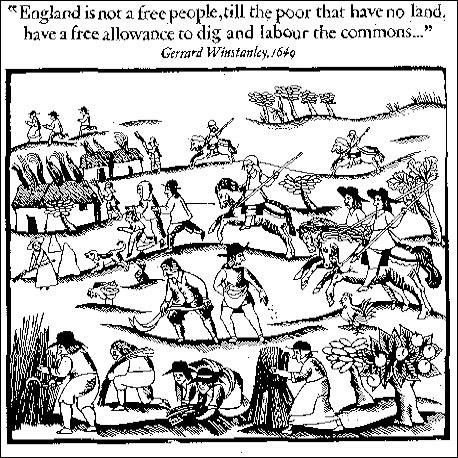 On this day in 1649, a working-class movement, that would come to be known as the Diggers, believing that the land belonged collectively to all, arrived on St. George’s Hill in Surrey, England and began to communally sew crops in defiances of the landlords.

“This Declares likewise to all Laborers, or such as are called Poor people, that they shall not dare to work for Hire, for any Landlord, or for any that is lifted up above others; for by their labours, they have lifted up Tyrants and Tyranny; and by denying to labor for Hire, they shall pull them down again.” -Diggers literature, 1649