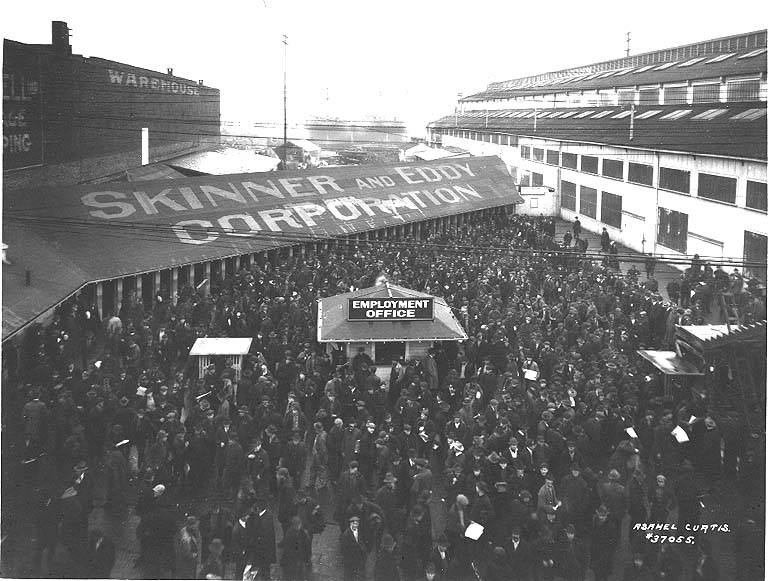 “You, the workers, must take over the control of your jobs, and through them, the control over your lives instead of offering yourself up to the masters as a sacrifice six days a week, so that they may coin profits out of your sweat and toil.” -from a pamphlet distributed during the strike

On 6 February 1919, 25,000 workers from AFL-CIO locals and members of the IWW joined 35,000 workers already on strike in Seattle, Washington. During the five days of the Seattle General Strike, committees formed to deliver general services and WWI veterans created a non-violent labor guard to keep the peace.